“I know the human being and fish can coexist peacefully.”

“Families is where our nation finds hope, where wings take dream.”

“The great thing about america is everybody should vote.”

“You teach a child to read, and he or her will be able to pass a literacy test.”

“The woman who knew that I had dyslexia, I never interviewed her.”

“People make suggestions on what to say all the time. I’ll give you an example; I don’t read what’s handed to me. People say, ‘Here, here’s your speech, or here’s an idea for a speech.’ They’re changed. Trust me.”

“It’s clearly a budget. It’s got a lot of numbers in it.”

“For NASA, space is still a high priority.”

“If a person doesn’t have the capacity that we all want that person to have, I suspect hope is in the far distant future, if at all.” -George W. Bush, May 22, 2001

“Marijuana? Cocaine? I’m not going to talk about what I did as a child.”

“There’s no such thing as legacies. At least, there is a legacy, but i’ll never see it.”

“I am mindful not only of preserving executive powers for myself, but for predecessors as well.”

“Security is the essential roadblock to achieving the road map to peace.”

During a tour, [U.S. Lt. Col. William] Miller told Bush that axes used by North Korean soldiers to kill two US servicemen in 1976 were in a “peace museum” just across the border. Shaking his head in disgust, Bush said: “No wonder I think they’re evil.”

“I’m the master of low expectations.”

“They have miscalculated me as a leader.”

“I am not part of the problem. I am a Republican” 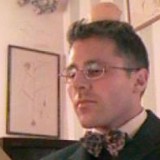